The DukeEngage Communications team interviewed Jenni Owen, Director of Policy Engagement and Senior Lecturer, Sanford School of Public Policy (on leave as of January 2017 to serve first as Policy Director, now as Director of Strategic Partnerships for NC Governor Roy Cooper). Jenni has directed DukeEngage-Durban since 2010.

In 2007, I received an Eisenhower Fellowship to travel to South Africa to look at poverty alleviation from multiple perspectives: nonprofit, government, business, and philanthropy. I spent six weeks engaging with leaders from those sectors. I was in Durban at an “official” lunch with the deputy mayor of the municipality, and commented that while I appreciated these opportunities I would like to take a deeper dive into the “real” community. The man next to me stood up and made a call. I hear him say, “Hey, Tish; it’s Eric. Are you available this afternoon? I want to bring somebody to you.” He was calling his sister in Wentworth—which is the location for DukeEngage-Durban.

I went with him for what was supposed to be 30 minutes, and stayed for 6 hours. In that short time, not only was I exposed to some amazing community members but I also went to a church where there was a planning meeting for the 2010 World Cup. They were training community members to serve as homestay hosts for soccer fans and tourists. Sadly, they never got the opportunity to serve as hosts but it was a coincidence that worked out for many of those hosts because of DukeEngage. They were planning for homestays in 2010, which turned out to be the first year of DukeEngage-Durban. Homestays are the only viable accommodation option in Wentworth so we benefited from their training and they benefited from our need for welcoming places to stay.

2007 was also DukeEngage’s pilot year. I knew a little bit about it but had no intention of doing a program. But during and after that afternoon in Wentworth, I kept thinking, “This is exactly what they must have in mind for a DukeEngage program.” I did an exploratory visit in 2008 with funding from DukeEngage and the program launched in 2010.

Wentworth is optimal because—and this is still true—when Americans, especially North Americans, think about Africa and South Africa in particular, we tend to think of it as mostly black and a little white. That’s not entirely wrong but it’s so much more nuanced than that. Durban reflects that nuance more than any other part of South Africa. It is a city of about 3 million and has more people of Indian heritage than anywhere outside of India. Deciding to do a DukeEngage program in Durban was a combination of the specific people I met during my Fellowship and the incredible educational opportunity for students and, I hoped, the community we’d be engaging with. It was an opportunity to live briefly but completely in a place that is simultaneously so similar and so different than the U.S.

[* The Eisenhower Fellowship’s mission is to identify, empower, and connect innovative leaders to work together to create a world that is more peaceful, prosperous, and just.]

What do you want students to take away from the experience?

One: be prepared to do almost anything. If that’s changing diapers or sweeping or grocery shopping, that’s okay. That should not be your full-time project at your placement, but it’s not beneath you and doing the “regular” work can be among the most important ways to learn about an organization or a culture. I would call those the ‘not lasting’ outcomes – meaning diapers will be changed, floors will be swept, and grocery shopping will happen whether there’s a DukeEngage student there or not. But again, that doesn’t diminish the value of being engaged in those ways. 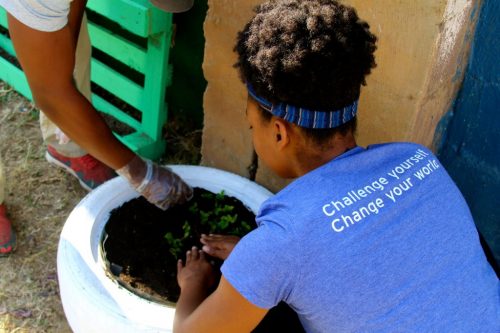 Two: making sure, to the extent possible, that you do something that will last. Meaning, had you not been there, it would not have happened. That can be skills training, it can be creating a PowerPoint and showing your worksite partners how to use it and develop their own, tutoring students, teaching them, learning from them, and much more. These are the ‘lasting’ outcomes. For example, one of our partners is a children’s home, or what we would probably call an orphanage. Many of the children are a different race than the adopting parents. But there was no resource for the parents for when the kids started asking, “Why do we look different?”. A DukeEngage student majoring in psychology took a half day each week to compile resource material about parents and their adopted children being of different racial and ethnic backgrounds. It was something she left behind that the leaders of the home could give to adopting parents to help prepare them. That’s the kind of thing that lasts well beyond the students’ eight weeks.

Three: the homestay. I’ve always emphasized to DukeEngage students that it’s important to do something meaningful, make a difference, and have an impact. If a student says the homestay was more meaningful than the worksite, that can be just as important, just as much of a programmatic and personal impact for the community and for the student.

What’s the benefit to the community/partners?

It’s very similar to what I hope the students take away from the experience: make the most of the opportunity. Think about what you can’t do right now. Think about what external expertise would help you do your job better or have a greater impact.

It’s also about cultural understanding and awareness, and relationship building. I’ll never forget when I brought the very first group of students to Durban, one of the homestay parents said, “Wait! You’re not all white!” That made for some interesting discussions. And, of course, the local students asking the DukeEngagers, “Do you know Beyonce? Do you know Lebron?” That provides a window into what is not only humorous but also an opportunity to connect with people in different and lasting ways. Just two weeks ago, a homestay mom messaged me on WhatsApp to say she was worried because she couldn’t reach Akhil, a DukeEngage student who had stayed with her seven years ago. There are so many stories like that. That’s what I hope for on the homestay side. 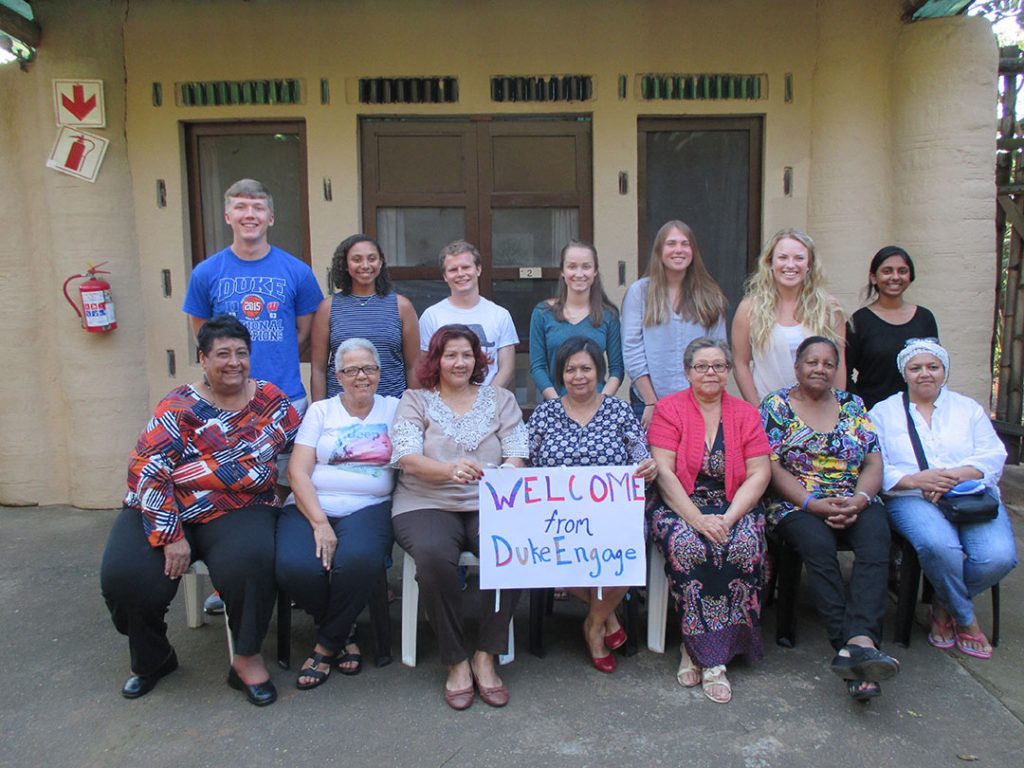 On the worksite side, the partners don’t get paid. So, if partners are saying—year after year—that they would like a DukeEngage student again, that’s all we need to know. To me, that answers the question about whether or not this has been valuable for them.

Why do you do this work?

It combines a lot of things I care about and that are important for young people in particular but for all people. My primary work isn’t research so supporting my research agenda isn’t the motivation. 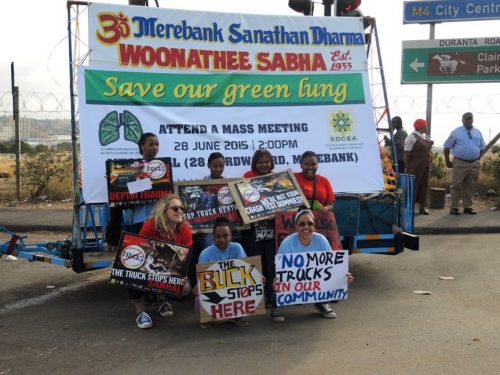 The primary reason is that DukeEngage can have a real impact and DukeEngage-Durban is evidence of that. It has an impact for the students; it has an impact for the community. At one point I realized I had two wishes for the program that might never happen but if they did it would be significant: first is for a student to return to Wentworth and Durban. That happened in 2013 when a student returned for a year to work with colleagues of mine at the University of KwaZulu-Natal. The second was for a former student to serve as site coordinator. That was supposed to happen this summer, 2020. I’m confident it will still happen.

It’s also a lot of fun. A ton of work, but fun. I inadvertently may have created the most complicated program possible, with each student having a different homestay, most having different worksites, different people providing transportation—probably 20 different partners to manage but completely worth it.

What will you miss most about not running a program this summer?

I’ll miss the community connection and the student connection—especially watching students’ development over time. That’s what changes the most. The worksites and the homestays are generally the same, which is wonderful. I know how things will go with Ms. Basssier or the Millers. I have no idea how things will go with each new group of students. You never know who’s going to make the most of it, grow the most, change the most. It’s always a surprise. And that’s amazing and telling. I am very glad that DukeEngage-Durban will have one, and possibly more than one, remote project this year.

What’s your advice on how to stay engaged while physically apart?

Make plans, even if they’re “remote” plans. Do something to “help” and contribute. There are truly limitless options for that, which can have positive ripple effects for others. But also ask for help if you need it. Create a routine, even if it’s only on some days or parts of days. Listen and watch music and other artistic performances. And if you can, get outside every single day, even if only briefly.