The DukeEngage community is saddened to hear of the passing of long-time community partner and friend, Elie Karma. Elie worked closely with DukeEngage students and faculty in Farendé, a north-eastern village of Togo, on community welfare projects. Under his leadership, students helped develop a cyber café by installing solar panels, batteries, and laptops in a building Elie had built with the help of his church. Participants in the DukeEngage Togo program were then able to teach computer and Internet skills to the school children of Farendé. He also led the creation of a latrine sanitation system, which aims to produce biogas, protein-rich spirulina, and algae, ultimately providing a source of electricity, nutrition, and income for his village. The range of Elie’s community projects reached far beyond his collaboration with DukeEngage. He also built and ran a kindergarten for children in his village, and aided the reforestation process by maintaining a large tree nursery.

According to DukeEngage faculty, staff and students, Elie constantly expressed the ambitious dreams he had for Farendé. “He was a visionary – he had big dreams and plans for developing his home village – and spent much of his life trying to bring those into being, despite limited resources,” says Professor Charlie Piot, leader of the Duke in Togo program. Piot also recounted that while attending the Community Partner Conference at Duke last year, Elie shared these aspirations, marveling at his Duke surroundings and proclaiming that Farendé could one day look the same. Elie inspired DukeEngage participants and leaders as he faced the challenges in his life courageously and with unwavering optimism.

Uzo Ayogu, a Duke student who worked and built a strong relationship with Elie during DukeEngage Togo 2014 noted that he “had a rare lust for life, that energy and fearlessness to dream and envision beyond what [his] reality showed.” Ayogu spoke of his own desire to follow in the footsteps of his dear friend, and someday touch and tangibly impact communities the way that Elie did. Despite struggling with sickle cell anemia, Elie persisted in working towards making Farendé a better place for its citizens, and encouraged those around him to do the same. Elie was not only deeply dedicated to his village but also to his wife, Simone, and their three children. We send our condolences to his family and community, and hope that new endeavors through DukeEngage Togo will continue his legacy of improving lives within Farendé. 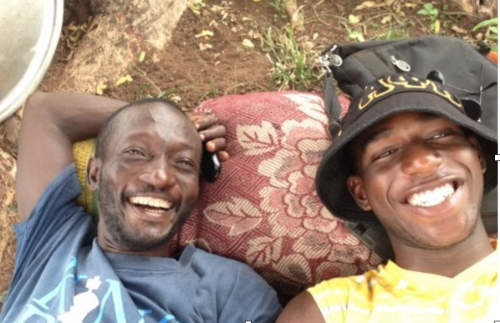